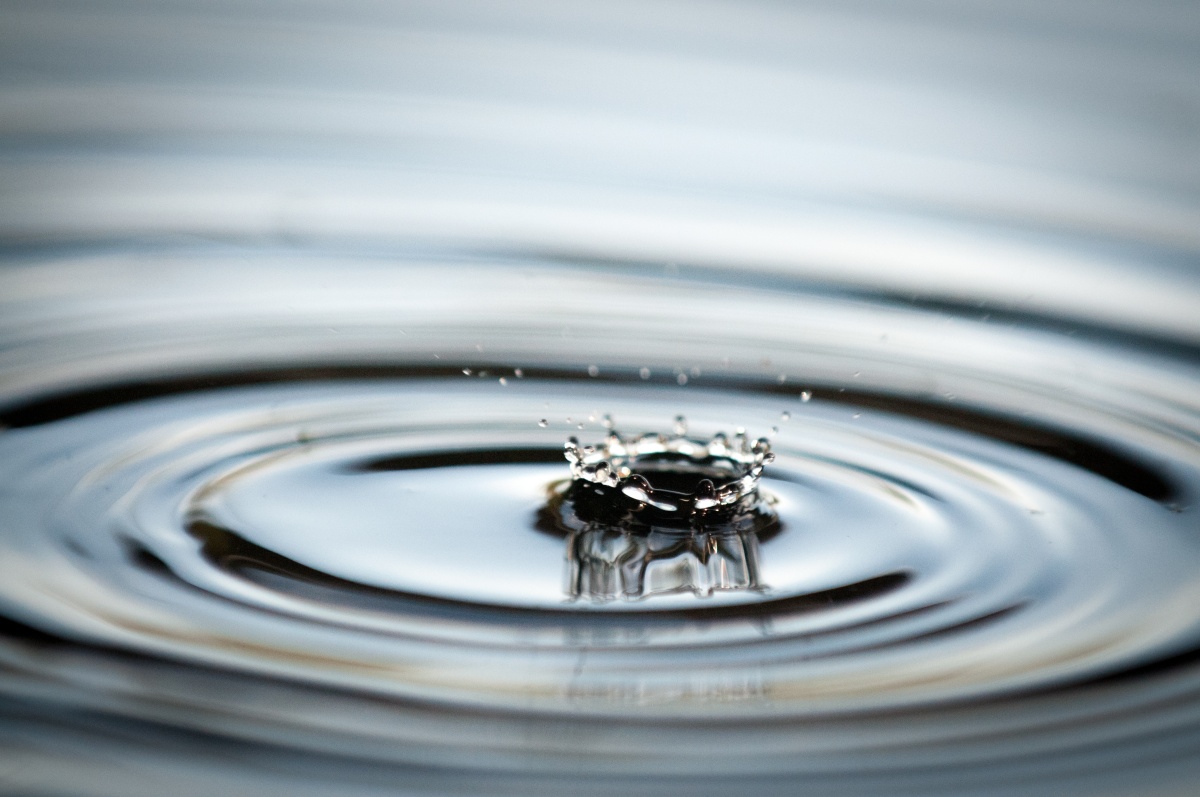 But that’s exactly what happened.

No one gets married and plans on getting a divorce. The experience is gut-wrenching and painful. Even if the initial stages of the divorce go smoothly (which is pretty unlikely), what follows for years after the day you say “I don’t” is the ripple effect of divorce.

The 6 months after my first husband and I split were filled with anger, tears, and loads of regret. Though my husband had not died, my marriage had. And no matter how bad that marriage had been, I still grieved it. As time passed, my ex and I worked out the details of our separation and we were getting along better than ever. I thought everything was “all good.”

I don’t know if I was being naive or just plain stupid, but life after divorce, especially when you have kids, is never “all good.” It is a roller coaster – a BIG, SCARY ROLLER COASTER that never ends and there is no getting off.

The Ripple Effect of Divorce has reached far and has affected my life and the lives of others more than I ever considered it might.

The demands of working fulltime while parenting 2 little kids by myself was exhausting. My emotions were all over the map! I would cry, scream, and complain. Even on the days when I managed to feel happy, I was constantly asking others for help – my parents, my friends, my new church. I felt so pathetic. I used to be so strong. So confident. Single parenting is hard and I was so unsure of myself! Not to mention I was just plain lonely which made me a very needy friend. The ripple effect of divorce will affect your emotions which will affect the relationships you have with people closest to you.

Kids from Marriage #1 are affected.

My kids were little when I separated from my ex-husband. My son, who wasn’t even a year old at the time, has NO memories of my first marriage. He doesn’t even remember life before his current step-mom and step-dad were in the picture. My daughter, who was just 3, has only fuzzy memories of “our family.” I thought they were safe from feeling like kids from a broken home.

When the kids were little, having 2 families was fun. They got to celebrate every birthday/holiday twice, double vacations – for them, it was awesome. As they got older, they realized that time with one family meant missing time with the other. They were always without half the people they loved. They missed out on special events because it was their weekend to be at their other parent’s house. When they visit their dad for a long stretch, it is fun, but hard at the same time. Spending 6 weeks of the summer away from home, family and friends can be isolating. Another challenge, as they have grown, is the differences in privileges, responsibilities, and opinions of what is and is not acceptable behavior in each family. The kids must adjust to the climate of the home that they are living in and that has caused a fair share of trouble.

And then there is the question…”Why did you and dad get divorced?”

There is no easy way to have a conversation. No way to be humble enough, honest enough, and transparent enough for your kid to ever not be affected by the answer to this question. Even if it “goes well,” there is no way to predict how it will alter their view of you, your ex and/or the opinions of marriage going forward.

Even though my children don’t remember my ex and I ever being a united family, they are still very aware that they are from a broken family. The ripple effect of divorce will not only affect your kids’ lives now, but it will also reach years into your child’s future and there is no way to predict or prevent how it will turn out.

I never wanted to become “damaged goods” and, with Christ’s help, I was able to offer and ask for forgiveness from my ex-husband. While that was an important step to take before entering into a relationship with my current husband, it certainly didn’t rescue us from a mountain of problems we were going to have to climb.

In a marriage where at least 1 spouse is previously divorced, that marriage WILL experience challenges because of that first marriage.

Perhaps you are (or know of) the exception to the rule, but I can tell you that I have NEVER met a couple where this wasn’t the case.

Marriage problems could be baggage brought in from abuse, abandonment, adultery or another major issue. These things cause trust issues, depression or may trigger negative reactions where the current spouse feels blindsided.

Marriage problems could stem from a former spouse interfering directly or indirectly. We had minor issues like my ex allowing the kids to watch movies and buying clothes we didn’t think were age-appropriate. Then there were some major issues like filing false child abuse charges against my husband and a starting a custody battle only to throw it out once we were finally assigned a court date.

All of this caused massive stress on my marriage. Often, my husband and I would fight, not because we didn’t agree on the desired outcome of the situation, but because we didn’t agree, or even know how to handle the situation. I often felt guilty. I wanted to protect my current marriage but my previous marriage was a constant wedge between us. The ripple effect of divorce will cause fights in your next marriage. It is not fair, but it is a reality.

Kids from Marriage # 2 are affected.

My husband and I have 3 more children together. For a while, the 3 younger kids didn’t seem to notice or care that the older 2 had a different dad. The just took it in stride, oblivious to the implications of what it all meant. But now that they are growing up, they are asking questions and they want answers!

It is humiliating to see the shock on your 7 yr old’s face when she hears that her daddy isn’t the only man you have ever been married to and had children with. Our 5 yr old daughter has cried genuine tears because she WANTS a step-dad because her daddy IS a step-dad and her older siblings HAVE a step-dad. She doesn’t have a clue what happens that causes a child to have a step-dad. She just knows that I won’t let her have one! (That conversation made me want to laugh and cry at the same time.) My 3 yr old son is constantly asking when the older kids are coming home. He has no concept of time so it doesn’t help to say anything more than “soon.” It is not uncommon for 1 of the 3 of the kids to start crying because they miss their older siblings.

Even though the children from my current marriage aren’t from a broken home, it doesn’t mean they don’t feel the brokenness of my previous marriage. The ripple effect of divorce means they are still sad, still have questions about marriage and the answers will affect their future’s just like they will their older siblings.

Is there any way to STOP the ripple effect of divorce?

But, that does not mean that those of us who are divorced should just give up hope. Because God makes us a promise. The promise of the day when we will be with Him in glory. THAT is the day when the ripple effect of divorce will finally fade away.

I never planned on being divorced. But it happened. My bad choices. My ex-husband’s bad choices. They have reached far beyond what either of us could have ever imagined.

BUT, thankfully, in this midst of this ripple effect of divorce, I continue to see God working out His plan for my life, my marriage and my children for His glory. He is sanctifying us to make us more Holy, to make us more like His son, Jesus.

And he who was seated on the throne said, “Behold, I am making all things new.”
Revelation 21:5

If you liked this post or it help you in some way, please share it! There are other women out there who need to read it too!

Helpful Outside Resources if you are thinking about Divorce:
Focus on the Family, Divorce and Separation
Revive Our Hearts, Sign Me Up For An Ugly Divorce Please

Posts about Marriage that you may enjoy:
The Controversy over Submission – What You NEED to Know!
4 Little Ways Every Wife Can Be INTIMATE with Her Husband
How to Effectively Encourage Your Husband

3 thoughts on “The Ripple Effect of Divorce” 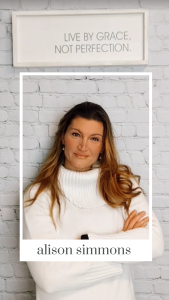 Hi! My name is Alison Simmons and I am a busy mom of five kids. My mission is to help busy women grow a stronger faith and find joy through a relationship with Jesus.